“As we celebrate our first 100 years, we are honored to be surrounded by so many of the people who have played a significant role in EDS’ success,” said Emily Mew, State Coordinator, The Salvation Army Emergency Disaster Services. “Over the past century, it has been a privilege for our officers to work alongside our trained and dedicated volunteers. Together we have served thousands of first responders and survivors at local disasters such as the Boston Marathon Bombings, historic fires including the Cocoanut Grove, and emergency response events, including Inauguration Night. Our work would not be possible without our amazing community partners. Throughout our history they have worked every day—no matter the time or the weather—to help our neighbors in their greatest times of need.” 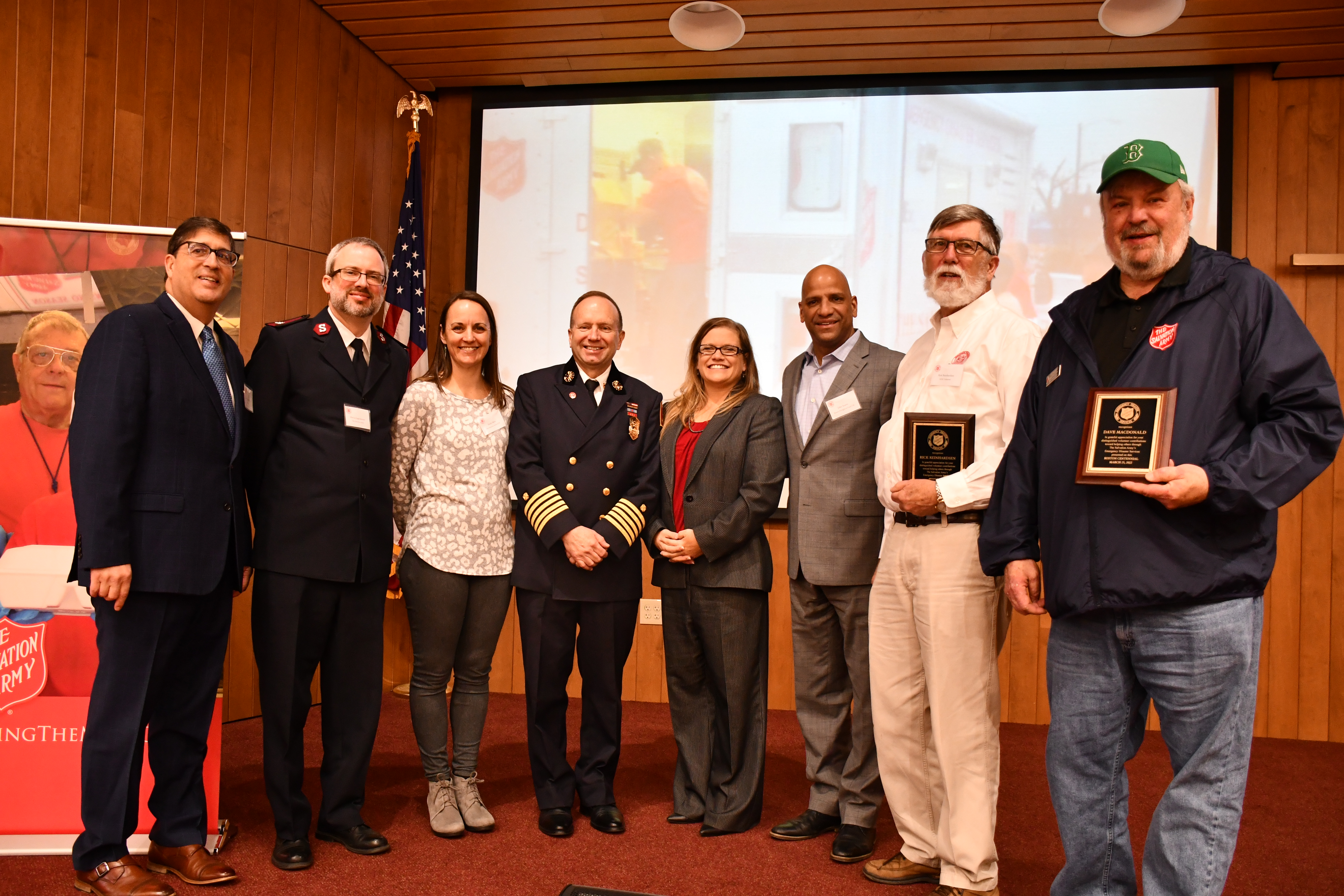 “Regardless of when, where, or what the crisis is, The Salvation Army’s dedicated team steps up every time to help those in need,” said MEMA Acting Director Dawn Brantley. “As The Salvation Army’s Emergency Disaster Services celebrates 100 years of service to Boston and Massachusetts, we thank them for their strong partnership with the Massachusetts Emergency Management Agency and their work to assist so many disaster survivors.”

By providing food for the hungry, emergency relief for disaster survivors, emotional and spiritual care, plus clothing and shelter for people in need, The Salvation Army is doing the most good to help all of our neighbors during their greatest times of need. During the pandemic and before, The Salvation Army EDS teams were able to mobilize quickly to help with emergency feeding because we are in communities before, during, and after disaster strikes.

“The Salvation Army means so much to so many people. As a firefighter, I have seen how they’re there when people are in need,” said Boston Fire Commissioner Jack Dempsey during the celebration. “It’s truly amazing to see how they perform their mission. Like most heroes, they quietly do God’s work without the accolades. That work will never be done, and for that, we are fortunate to have The Salvation Army.”

During Friday’s EDS Centennial, The Salvation Army also announced that it will be receiving the gift of a new canteen truck to serve the City of Boston thanks to a $150,000 donation from an anonymous donor. The new canteen is equipped with a mobile kitchen and better maneuverability for city streets. Because the mobile feeding unit includes ovens, refrigerators, power, and water, The Salvation Army Emergency Disaster Services will be able to use it for events other than emergencies. The new EDS Canteen is expected to arrive in late 2022.

For more information on The Salvation Army Emergency Disaster Services can be found at www.salvationarmyma.org.

About The Salvation Army Emergency Disaster Services History in Boston 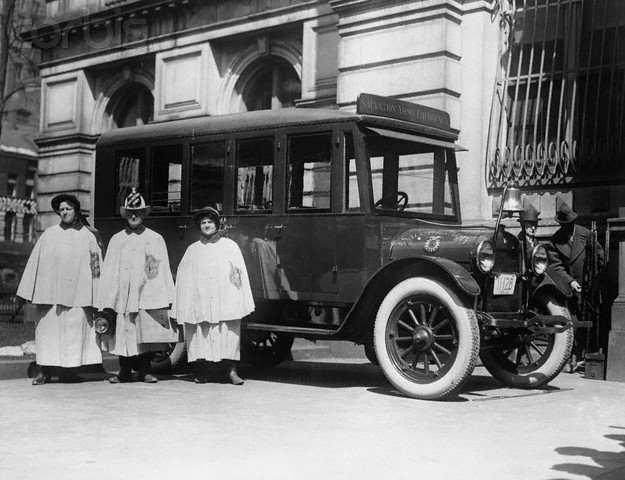 The Salvation Army Emergency Disaster Services (EDS) has served thousands of first responders and survivors of many local disasters in the City of Boston since the official dedication of its first mobile emergency response canteen. On March 25, 1922, Mayor James Michael Curley stood in the courtyard of Boston City Hall to offer The Salvation Army’s services of “a fire and emergency truck to the City of Boston.” This momentous occasion was the start of The Salvation Army Massachusetts Division’s Emergency Disaster Services. In the truck’s first eight years, The Salvation Army’s red emergency “canteen” truck responded to more than 500 emergency calls from the Boston Fire Department to distribute food and hydration to Boston’s firefighters. Today, our fleet of canteens—better known to some as mobile feeding kitchens—and dedicated EDS volunteers have responded to thousands of natural and manmade disasters across Massachusetts including the historic Boston Marathon Bombings, the Merrimack Valley Gas Explosions, the devastating Cocoanut Grove Fire and Worcester Cold Storage Blaze, the Cape Cod Tornadoes, and recent 6-alarm fire in East Boston. The Salvation Army Emergency Disaster Services canteens can be used for events other than emergencies. Volunteers recently deployed to support local emergency management with food and hydration along the 2021 Boston Marathon route, on election and inauguration nights, the Government Center Garage Collapse, and at funerals of fallen heroes. For more information visit SalvationArmyMA.org/EDS.

About The Salvation Army

The Salvation Army annually helps more than 30 million Americans overcome poverty, addiction, and economic hardships through a range of social services. By providing food for the hungry, emergency relief for disaster survivors, rehabilitation for those suffering from drug and alcohol abuse, and clothing and shelter for people in need, The Salvation Army is doing the most good at 7,600 centers of operation around the country. In the first-ever listing of “America’s Favorite Charities” by The Chronicle of Philanthropy, The Salvation Army ranked as the country’s largest privately funded, direct-service nonprofit. For more information, visit SalvationArmyMA.org or https://disaster.salvationarmyusa.org/. Follow us on Twitter @SalvationArmyMA and #DoingTheMostGood. 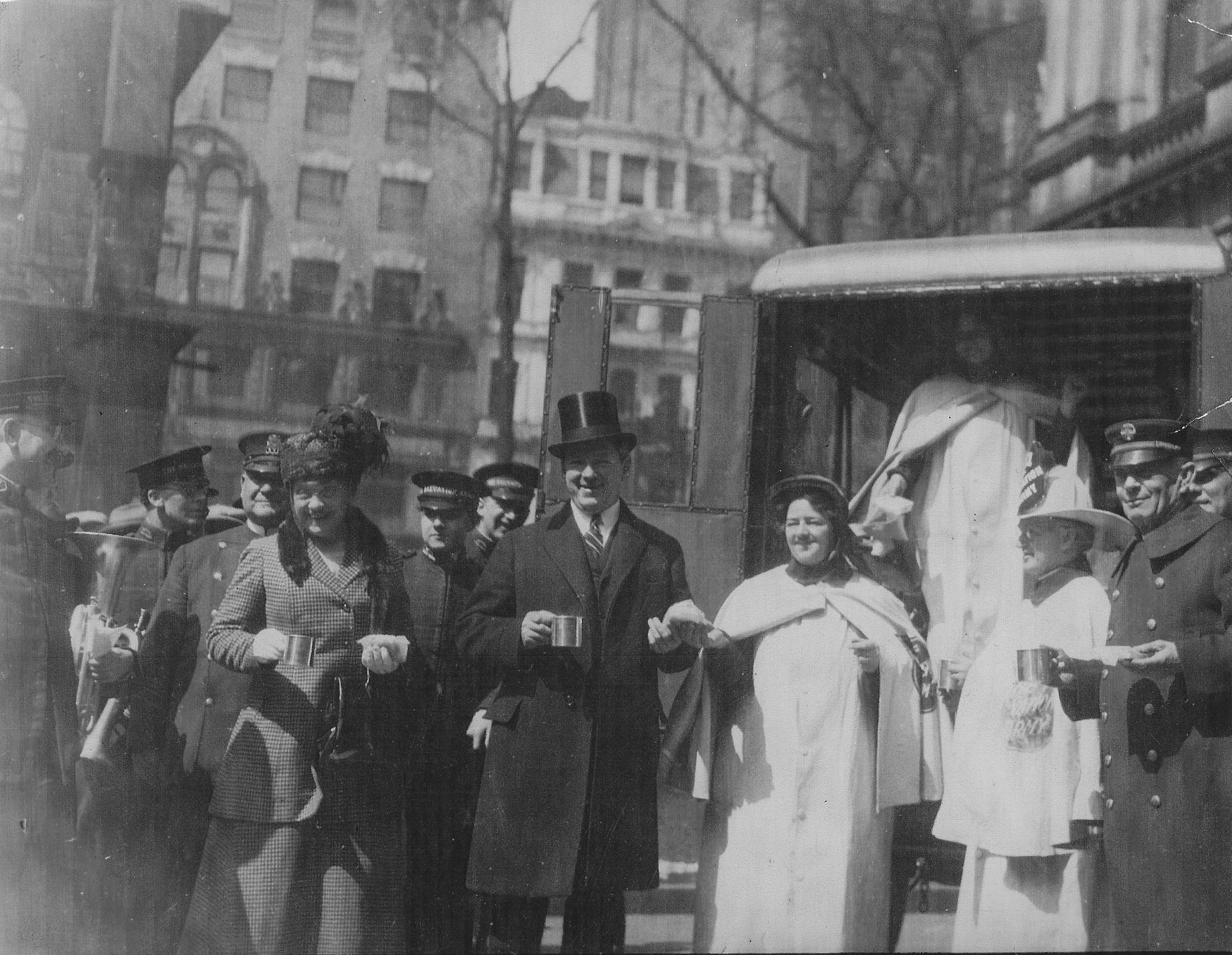 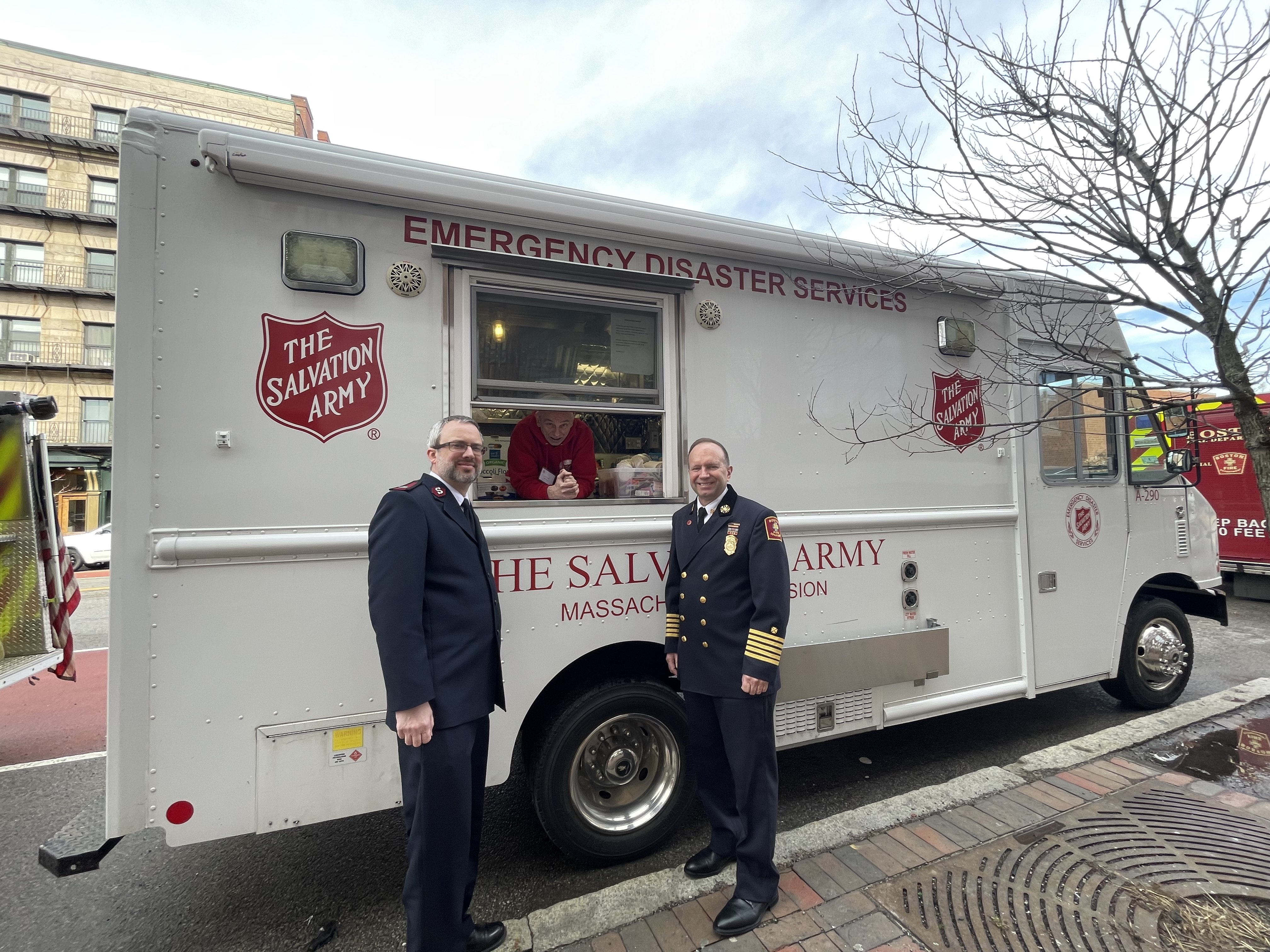