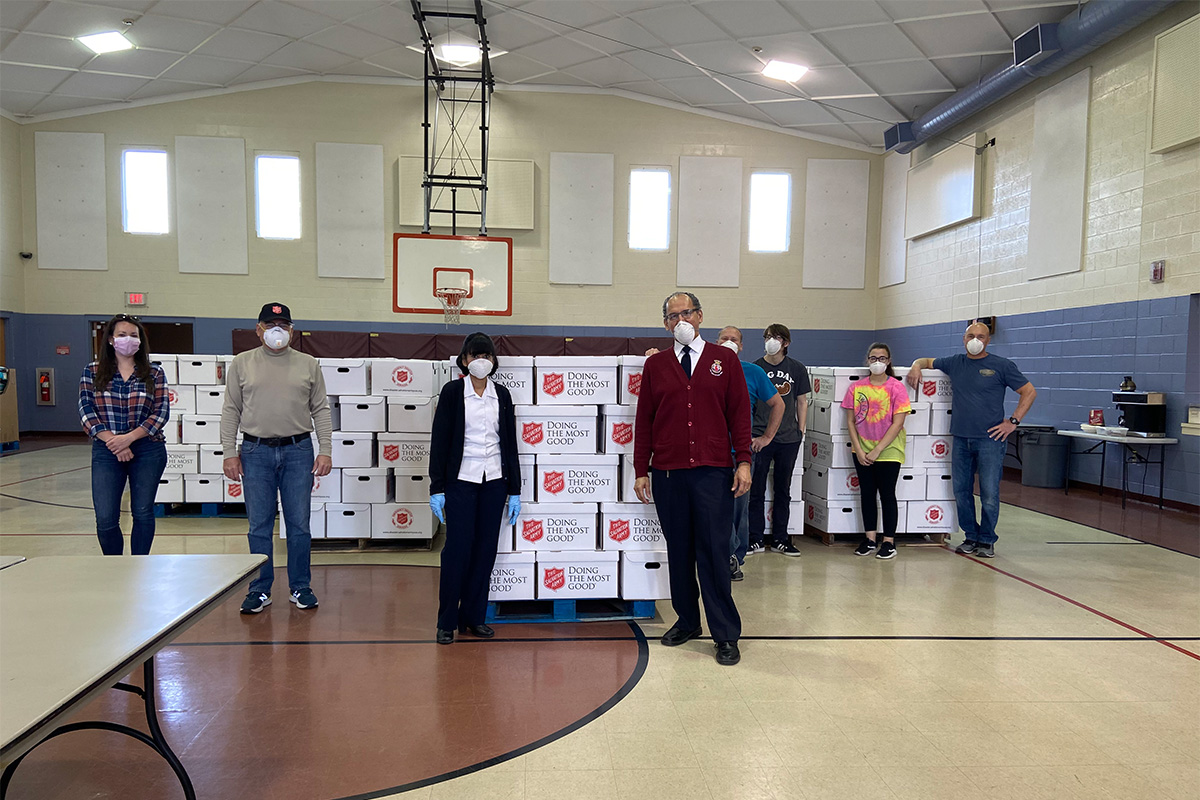 Lieutenant Ivonne Rodriguez says the phone rings continuously at the Lebanon, Pa., Corps since the outbreak of COVID-19.

The calls are coming mostly from the community’s growing Hispanic population. Many have lost their jobs and are worried.

"Some of the clients we’ve seen call us every single day," Rodriguez said. "They’re not working, and in all of the calls, they are asking for food. They don’t have groceries and want to know about our distribution for emergency food."

Rodriguez said the corps normally distributes food two Mondays a month to about 1,000 families through its Second Harvest program. When COVID-19 hit in early April, the corps decided to serve on both Monday and Tuesday and saw 2,000 families.

The next Second Harvest was scheduled for April 27 and the corps braced for an onslaught.

"We know it’s going to be more than last time because we are still receiving phone calls," Rodriguez said. "We have many people who have called and registered and it’s constant."

The corps has also been delivering food boxes in the afternoons to seniors, many of whom can’t leave their homes.

"We understand if they are sick and can’t get out that we have to be there for them," Rodriguez said.

"We’re here to serve, so we wake up every morning ready to do what God has called us to do. I don’t want people to go to sleep without eating. We feel like they are a part of our family. We want the best for them."

Rodriguez said an elderly woman with cancer called recently and indicated she was high-risk for COVID-19 and needed groceries. The woman was so appreciative that when the corps delivered food, she waved through her front window and held up a sign that read, "Thank you, I love you."

"That was something really nice," Rodriguez said. "It’s rewarding. That’s why we’re here. It touches our hearts."

Rodriguez and her husband, Lieutenant Marlon Rodriguez, are bilingual and that’s reassuring for the Spanish-speaking people who call the corps.

"They feel comfortable when we speak their language," she said. "They want to express themselves. They have concerns. They have questions. They want to know how they can register and get food. They need prayer and we pray with them. Some of them start crying and we talk to them about God, if that door is open. Whatever they need, we are here to serve them."