Breaking the Poverty Cycle in Saratoga Springs - A Today Feature 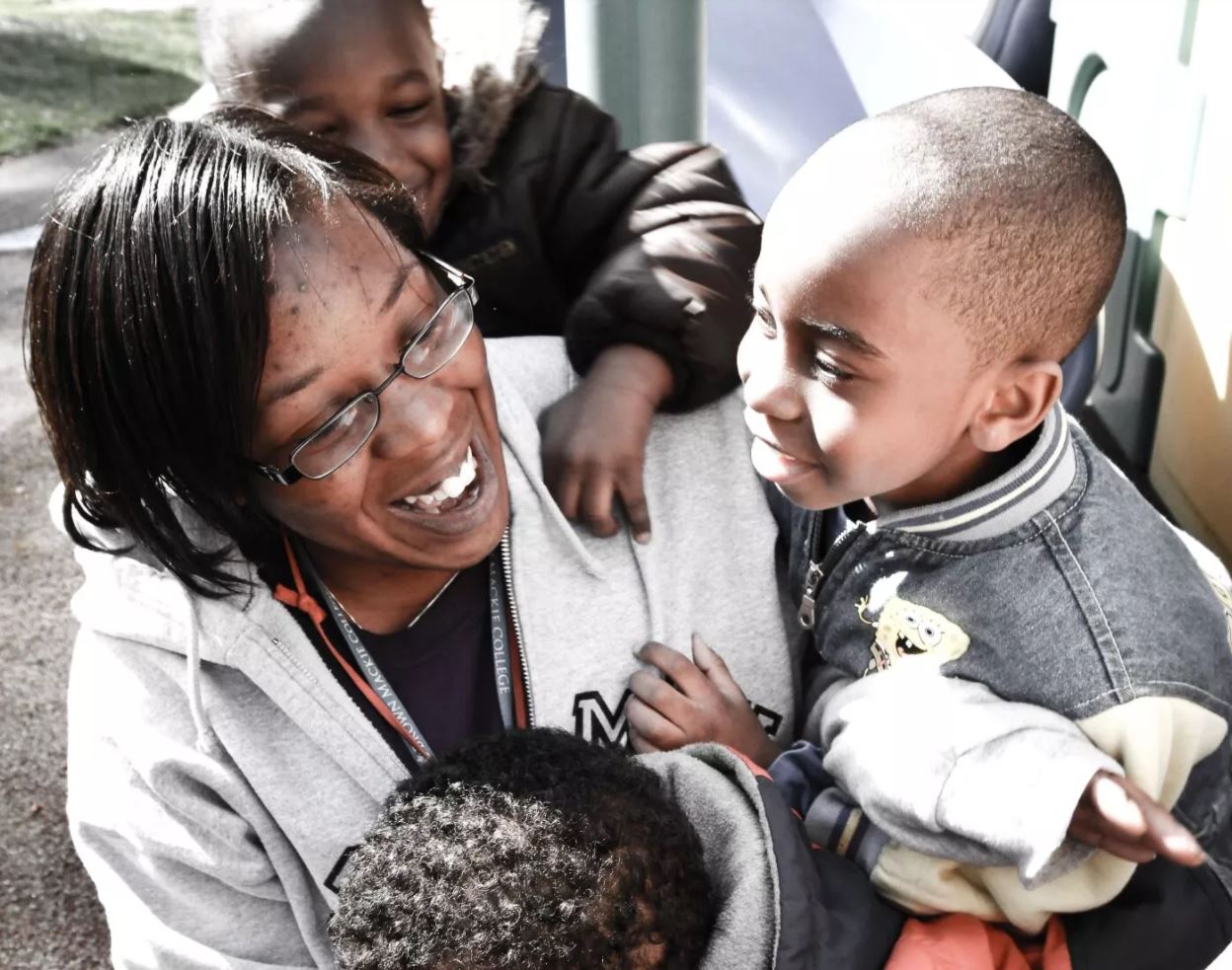 Just over a year ago, Shanticia Ferguson fled her home with her three children to escape domestic violence and her story made national news on Today.com. Ferguson was struggling to find shelter when she turned to The Salvation Army. “My children trump every decision, so I had to get some kind of help,” says the Rockford, Illinois, resident.

Ferguson turned to The Salvation Army initially just looking just for food. “I talked to a young lady who is now my caseworker. She did my intake and then was like, ‘Is there anything else that you can think of that you need?’ And the first two times she asked, I was like, ‘No, mm-mm. We’re OK.’”

But the caseworker followed her heart of hope and persisted.  “The third time we met, she asked the question again, and I finally broke down and said, ‘We’re homeless right now, and I really don’t know what I’m going to do next,’” Ferguson says.

Introduction to Pathway of Hope

Ferguson was quickly introduced to Pathway of Hope, a holistic program for families that seeks to address generational poverty and is available at many Salvation Army locations across the country. “It is an intensive care management program that wraps around a whole family, and the goal is to end intergenerational poverty by removing the barriers that are keeping people in these places of poverty,” says Lt. Bree Barker, the Executive Director of The Salvation Army mission in Saratoga Springs, New York. “For each person, that looks very different.”

The program builds on the organization’s other offerings, she explains. “We meet [the families] generally through one of our outreach programs, so maybe that’s a food program or the kids’ after-school program,” says Barker, who helped launch a new Pathway of Hope program in Saratoga Springs in 2018. “We identify that they would be good candidates for the program.” 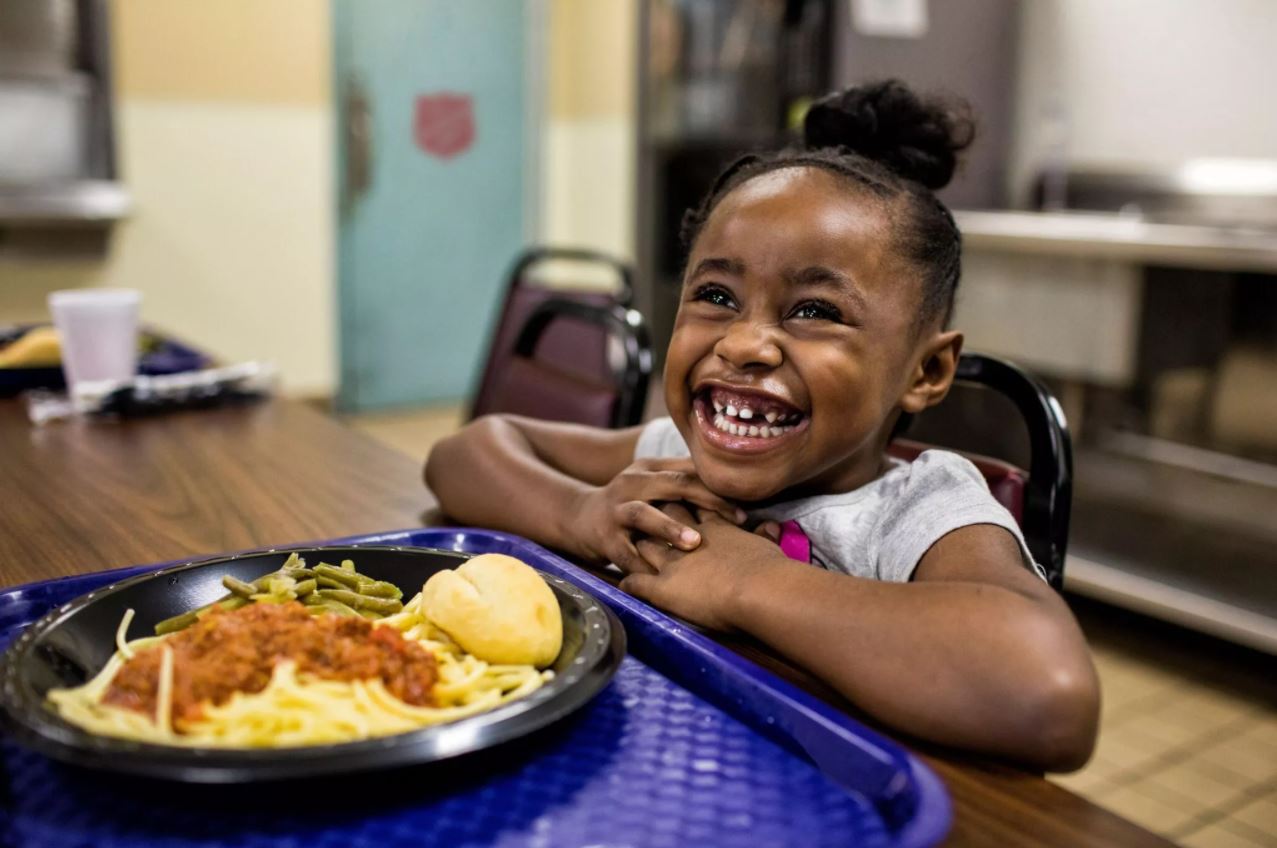 Pathway of Hope families must show they want to change their present situation. “We really want to know what a person’s goals are,” she says. “I could come up with a plan for how my friend or neighbor’s life is going to get better, but that’s not really going to change her life, because it’s my plan and not hers.”

Goals may seem distant, like earning a GED or going to college, and Barker says that’s fine—what matters most is having them. To qualify for the program, there must be one or more children in the family unit, and someone who is willing to meet with a case manager regularly and be open about their current situation.

“When I was actually able to speak with my caseworker, it was like a burden had been lifted,” Ferguson recalls. “When you’re facing your children looking at you and homelessness and trying to find yourself mentally and having your own issues health-wise,” she continues. “And you put that all in a bubble and have these kids that need you 24 hours a day and you don’t know which way is up or how you’re going to make ends meet because you’ve got all of this on your plate, you get that one person who says, ‘Hey, let me help you,’ and you say, ‘OK.’ But in the back of your mind you’re like, ‘They can’t help me.’ Well, they helped me.”

Upon hearing of her homelessness, Ferguson’s caseworker inquired about her mental health. Ferguson was able to seek counseling, which she says has helped her navigate the many ups and downs of her unstable situation. The Salvation Army staff gave her the resources to find care and schooling for her special-needs children (her daughter, 8, has cerebral palsy, and her son, 10, is on the spectrum). They helped her find a new job, which now allows her to both work and care for her children. They also helped her secure a new apartment, which the family moved into October 1st. “We’re looking at some more goals and budgeting, to make sure we don’t backtrack,” Ferguson says, indicating that, for her, the program is far from over.

“When hopelessness is in somebody’s mind, it is just so hard for anyone to take a step. So when we are able to provide a little hope and then they start generating their own hope, amazing things happen,” Said Lt. Bree Barker.

Increased Need from the Pandemic

COVID-19 has seen financial hardships for Americans and nearly 8 million have fallen below the poverty line. More people are homeless and at greater risk of contracting the virus. The need for The Salvation Army services is greater than ever.

The Salvation Army does not have a Pathway of Hope program in all its locations. The organization is in the midst of a national rollout of the initiative, and says it expects the majority of its units will eventually host a program.

Barker says that several elements were key in helping to start the one at her branch, including:

At the beginning of the year, the Saratoga Springs program was assisting two local families; it now serves eight. That increase is very much connected to the pandemic, Barker explains. In the first weeks of the Covid-19 response, The Salvation Army food pantry saw a 350 percent increase in clients, meaning that staff and volunteers met 500 people for the first time.

Over time, it became clear whom Pathway of Hope might benefit. “When hopelessness is in somebody’s mind, it’s just so hard for anyone to take a step. So when we are able to provide a little hope and then they start generating their own hope, amazing things happen,” Barker says. “It’s when people start dreaming dreams and making these big goals that once seemed unreachable.”

Hopelessness is an increasing feeling due to the pandemic. "You get that one person who says, ‘Hey, let me help you,’ and you say, ‘OK.’ But in the back of your mind you’re like, ‘They can’t help me.’ Well, they helped me," says Ferguson.

“Being able to have that extra help, being able to be helped in the way I was…I love them so much, because it could have been so much worse,” Ferguson says, recalling the trajectory of the past year. “And it was bad; it was really bad. The help that I got helped me to realize that everybody has those moments. Anyone could be in my situation.”

Shanticia's story made headlines at Today.com. You can view the story here