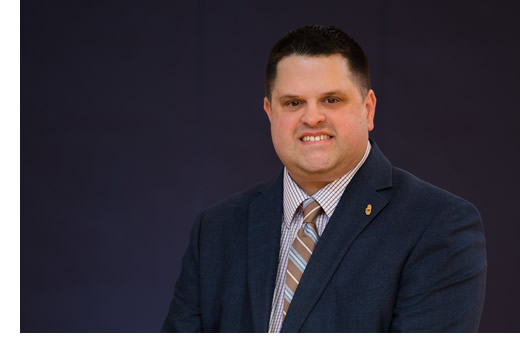 PORTLAND, Maine. — The Salvation Army Northern New England Division is pleased to announce André Gorgenyi as its new Director of Advancement for the Division.  Gorgenyi has been raising philanthropic dollars for more than 17 years, most recently as Chief Development Officer for Tower Hill Botanic Garden. Prior to Tower Hill, Gorgenyi served as Senior Director of Donor Relations with The Salvation Army of Massachusetts. In his new role, Gorgenyi will oversee advancement operations for the Portland-based charity, which has had a presence in northern New England for 138 years.

Gorgenyi began with a career in criminal justice, serving as an undercover operative. His career in the non-profit world began with The Salvation Army, where he was trained in gift planning and then touched upon the higher education and medical sectors before a return to The Salvation Army at its Massachusetts HQ office.

“I’m thrilled to rejoin The Salvation Army family and support its timeless mission of Doing The Most Good alongside so many dedicated Officers, staff, and volunteers. I’m greatly looking forward to helping align the financial goals of our donor investors with their philanthropic dreams, thereby ensuring that The Salvation Army can continue to serve all those in need in Northern New England for many years,” Gorgenyi said.

“We’re delighted to welcome André back to The Salvation Army family,” said Major Mark Mackneer, Divisional Commander of The Salvation Army Northern New England Division. “With his extensive experience, strong work ethic, and infectious enthusiasm, he’s going to have a significant impact on those the Army serves.”

Gorgenyi, and his wife Melissa of 15 years, are looking forward to raising their three school-aged children, Lewis, Jocelyn, and Jacob, in northern New England.

About The Salvation Army

The Salvation Army annually helps more than 30 million Americans overcome poverty, addiction, and economic hardships through a range of social services. By providing food for the hungry, emergency relief for disaster survivors, rehabilitation for those suffering from drug and alcohol abuse, and clothing and shelter for people in need, The Salvation Army is doing the most good at over 7,000 centers of operation around the country. In 2021, The Salvation Army was ranked No. 2 on the list of “America’s Favorite Charities” by The Chronicle of Philanthropy. For more information, visit SalvationArmyUSA.org. Follow us on Twitter @SalvationArmyUS and #DoingTheMostGood.