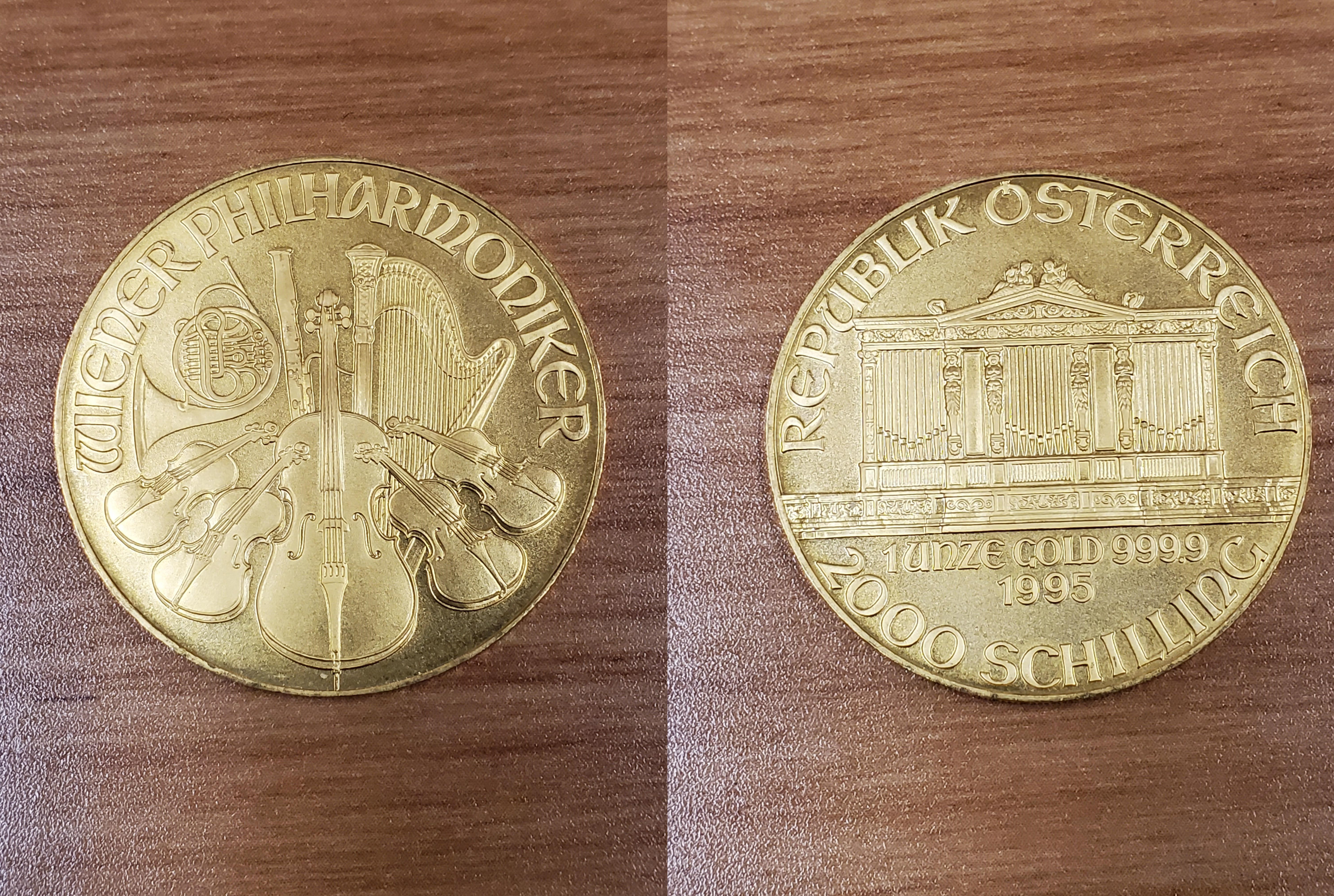 CONNECTICUT – It's happened again this year! Someone has generously placed a gold coin in The Salvation Army Red Kettle. Imagine our officer’s surprise when they opened the locked pot to count up the day’s totals and found glistening among the coins and scrunched up bills, a Wiener Philharmoniker 1995, Republik Osterreich - 1 ounce 999.9 gold with an estimated value of $1,800 - $2,000. Such was the experience of Lt. Willie Rodriguez after collecting the pot from one of our New Britain locations. The gold coin was found in the Salvation Army Red Kettle at Stop & Shop on Corbin Avenue in New Britain, CT, on Saturday, December 12th.

“Throughout the year, Stop & Shop customers prove their generosity, and a donation of this magnitude by one of our customers is truly heartwarming,” said Stephen Iasimone, Regional Vice President of Stop & Shop. “This has been an extremely trying year for so many, and we hope that Red Kettle collections outside of all Stop & Shop stores will ensure everyone in our communities has a happy and healthy holiday.”

“I never thought we would receive a donation like this,” said Lieutenant Willie Rodriguez, Corps Officer of The Salvation Army in New Britain. “I am truly amazed and blessed with this donation, which will help us feed and help many families in our community. This has been a difficult year but donations like this allow us to continue to help and bring hope to those who need it most.”

“I am truly amazed at the generosity of our neighbors helping neighbors during these especially difficult times,” says Major Gregory Hartshorn, Divisional Commander of The Salvation Army’s Southern New England Division. “This marks the second year in a row that a CT resident has put a gold coin in one of our Red Kettles. We’ve seen diamond rings and other jewelry occasionally dropped into our kettles, often with a kind note, but the gold coin is rarest of all. We are humbled at the trust placed in The Salvation Army to ensure families stay together, in their homes, and have a blessed Christmas. Especially in 2020.”

For as long as The Salvation Army has been in existence, bell ringers have been at the heart of its mission. Donations collected at the Red Kettles fund programs and services that transform broken lives – sheltering the homeless, feeding the hungry, making Christmas bright, and meeting the greatest need. Bell ringing season starts each November and runs through Christmas Eve.

In December of 1891, a Salvation Army Captain in San Francisco resolved to provide a free Christmas dinner to the area’s poor by collecting donations in a large pot. By Christmas of 1895, the kettle was used in 30 Salvation Army Corps in various sections of the west coast. The iconic red kettles are now used in 128 countries throughout the world.