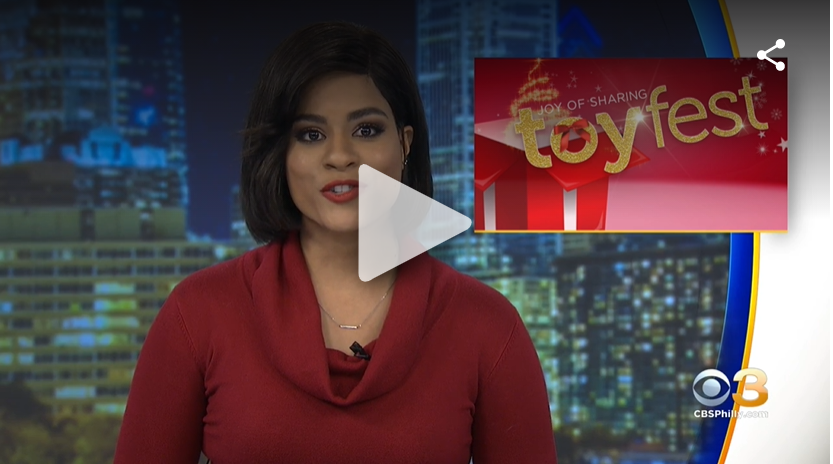 PHILADELPHIA (CBS) — This year, Eyewitness News viewers came through to give thousands of children a merry Christmas through our Joy of Sharing Toy Fest in partnership with the Salvation Army. We introduce you to one family whose Christmas was made a little brighter.

Back in August, 4-year-old Christopher Currid was critically injured by a hit-and-run driver near his home in Tacony. Months later, he remains at St. Christopher’s Hospital for Children recovering.

In the midst of his lengthy hospital stay, the Salvation Army found a way to bring the Joy of Sharing campaign to Christopher and his two siblings.

“We wanted to make it a very joyful Christmas in the midst in a lot of uncertainty for them and concern. We wanted this to be one less thing the mom had to worry about,” Major Tawny Cowan Zanders with the Salvation Army said.

The gift delivery arrived on Tuesday a day after Christopher’s birthday.

“We wanted him to feel very special,” Cowan Zanders said.

“Thanks to yous guys, I’m going to be able to smile when I see the smile and happiness on their face. It’s going to make the year end up with a smile on my face,” Bobby Currid, Christopher’s dad, said.

“Seeing his smile on Christmas morning is just going to take all of that sadness away,” Carolyn Zirkelbach, Christopher’s mom, said.

CBS3 has shared a proud partnership with the Salvation Army collecting thousands of toys over the years for the Joy of Sharing campaign, and this year, even a pandemic didn’t stop the giving.

“Even in the midst of this pandemic we were able to figure out a way to make it happen and we did. We’ve been able to provide more toys,” Cowan Zanders said.

Children like Christopher will have a much brighter holiday this year because of the generosity of others, at a time when it’s most needed.

“I can’t explain how much I thank everything that yous guys have done,” Zirkelbach said.

“I’m an emotional mess, I’m probably going to go in there and cry,” Currid said.

“I have been on the frontlines where I have seen the community come together and stand in the gap for individuals who are struggling just like this,” Cowan Zanders said.

Christopher’s mom and dad say he is improving and doing much better. Right now, he’s scheduled to go home on Jan. 5.

The tally is still being collected by Salvation Army officials, but more than 5,500 kids received toys so far from this year’s campaign.