Sharon is a mother and grandmother who is just able to squeak by on SSI (Supplemental Security Income). She reaches out to The Salvation Army from time to time to help make ends meet and sometimes still needs to rely on them for presents and a little extra food at Christmas time.

This year was particularly difficult, Sharon’s oldest daughter had been hurt at work and denied compensation and had been living back at home with her youngest child after fleeing a domestic violence situation. Everything had to be stretched a little further this year.

Despite her financial hardships and disability, Sharon tried incredibly hard to keep the spirit of Christmas alive in the hearts of her four grandchildren. This year, as in years past, Sharon had them all write letters to Santa asking for the various gifts they wanted. The wishes were simple by many standards like the letter from Courtney and Katie below:

Paul felt he was getting a little too old to be writing a letter to Santa but his eight-year-old sister simply couldn’t understand that if Paul didn’t get any gifts from Santa that it meant that he was on the naughty list, so Paul relented. 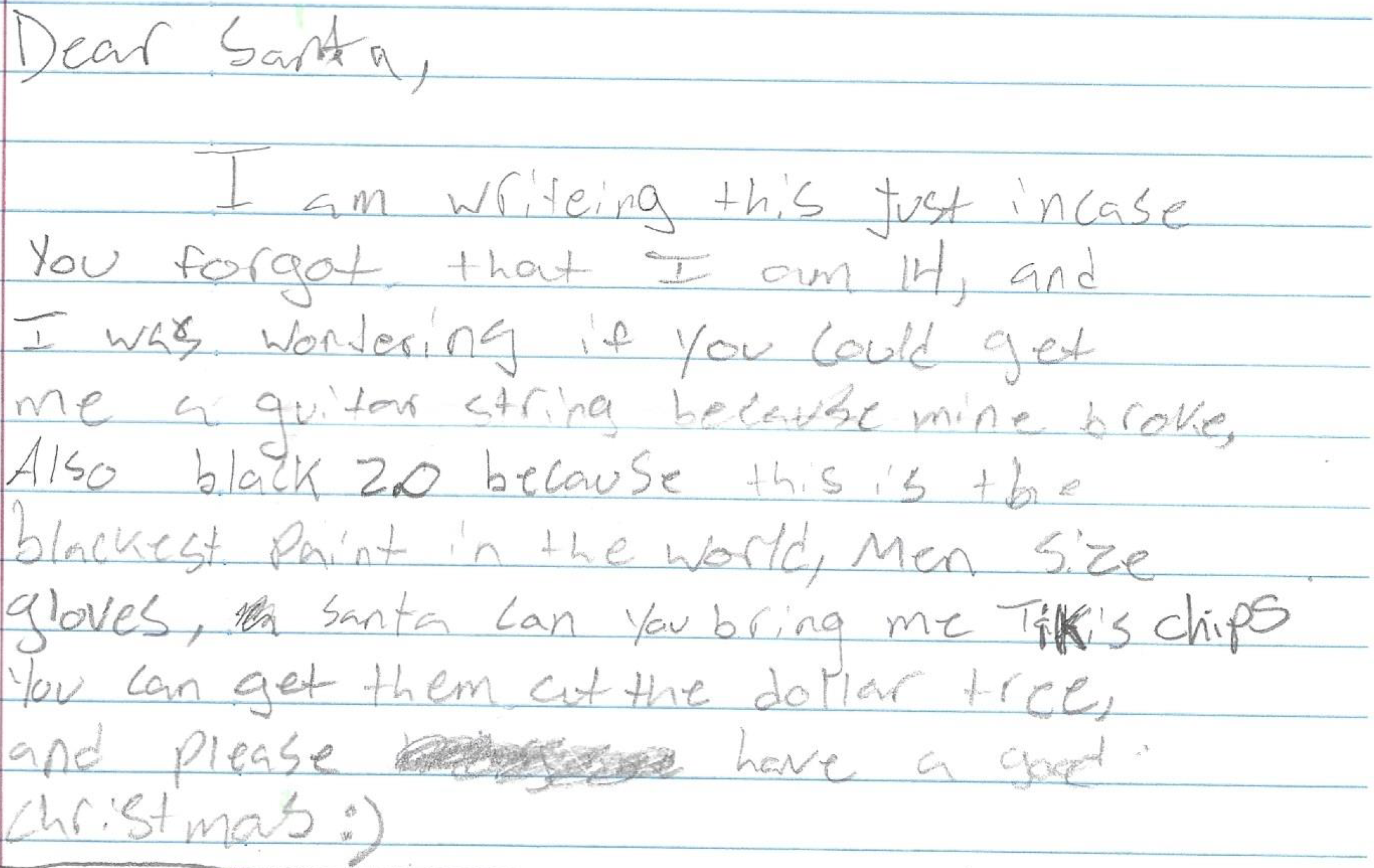 Usually these letters are placed in the little red box outside the post office to be delivered to Santa but this year there was no little red box. Sharon did the next best thing and promised the children she would hand deliver the letters to “Santa’s helpers”. She brought them to The Salvation Army in Gloversville.

The Salvation Army officer in command received the letters and was moved to action. She knew just who to call; Taylor Made Products. Taylor Made has been in business for over 100 years and had recently been bought out by company called Lippert Components, Inc. (LCI). LCI created an initiative called Acts of Services that challenges its employees to provide 100,000 hours of community service every year. Each employee is encouraged to do 10 hours of service. As a result of the initiative, a couple of Taylor Made’s employees were already working in the kitchen at Salvation Army doing food prep. 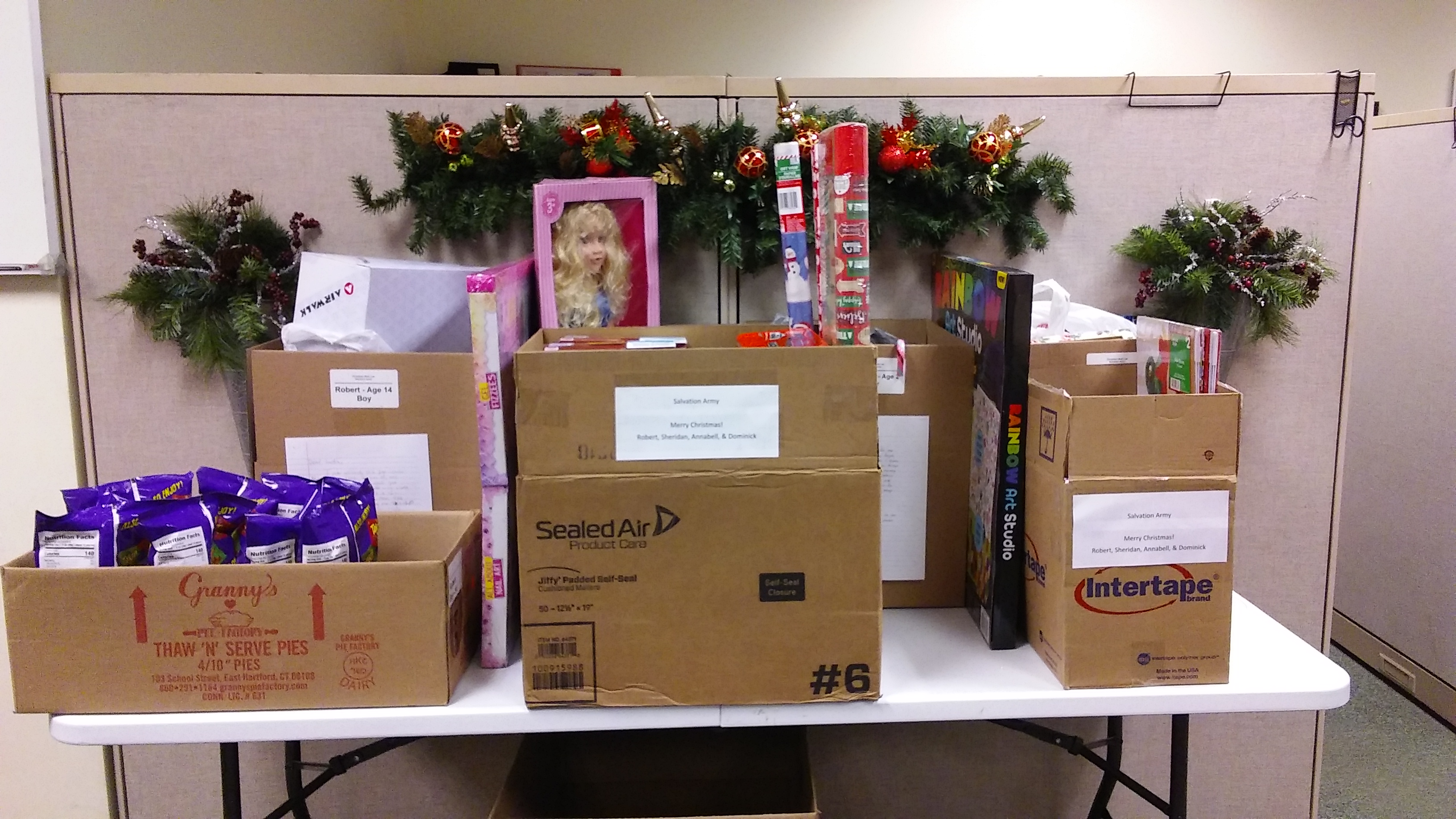 When the officer shared the letter and the family’s circumstances with Jennifer, the sales & marketing coordinator, and the team at Taylor Made Products, they knew they needed to do something to help. They split up the children’s wishes into separate tags and placed them on a Christmas tree in their breakroom. They challenged their team to pick a tag and purchase gifts for the family. Every child got everything they wished for and then some, right down to the Tiki’s chips! They also receive some food, wrapping paper and tape to make it the perfect Christmas.

Corporate and community partners like Taylor Made Products help The Salvation Army bring the magic of Christmas to those who need it most. Whether simply hosting an Angel Tree, conducting a holiday food drive, or adopting a family at Christmas, you restore hope to children and families facing a bleak holiday.