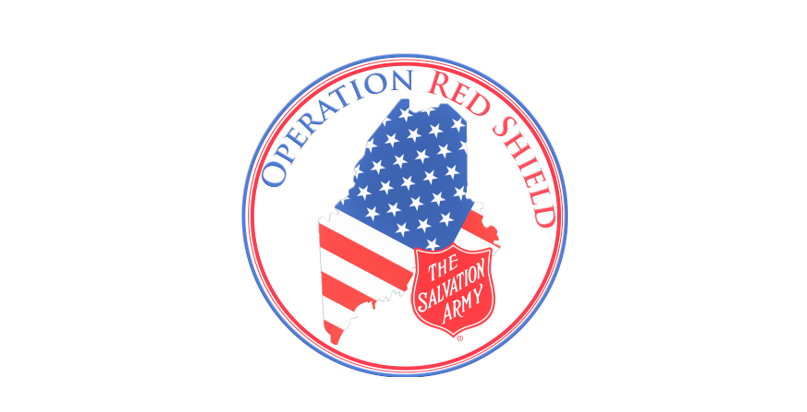 Operation Red Shield is a program run through the Salvation Army's Northern New England Division. This program has been designed to provide services for U.S. Military members, Veterans, and their families. ORS is a case management program that is committed to filling the gaps in the existing Veteran-related social service programs. Our case managers are committed to fulfilling any unmet needs by assessing any underlying issues that are ultimately leading to more struggles. Some examples of these issues are financial instability, substance abuse, and mental or physical health conditions.

Although Operation Red Shield is a newly introduced program, The Salvation Army has a long-standing history with providing services to those that have served in the Armed Forces, past and present.

During World War I, The Salvation Army sent women to France to lift the spirits of the soldiers by providing religious services, tea, chewing gum, toothpaste, Choco, fudge, and of course the famous hot doughnuts. These women became known as "Doughnut Girls." More officers joined the women and soon after, one could find a Salvation Army Hut in every location that the American troops were stationed. Despite the danger of shells and gas, the Salvation Army Huts could even be found at the front lines.

In 1939, just prior to the onset of America's involvement in World War II, President Franklin D. Roosevelt sought to unite several service associations, including the Salvation Army, into one organization. The purpose of this was to lift our military's morale and nourish support on the home front which resulted in the creation of the United Service Organizations (USO).

Today, The Salvation Army continues with tradition by offering Veterans services such as shelter from homelessness, a hot meal, employment assistance, gas cards to get to the VA, and mental health services. Veterans are also able to receive assistance with substance abuse through our Adult Rehabilitation Centers.