The Russian invasion of Ukraine has created untold destruction and a refugee crisis not seen in Europe since World War II, but The Salvation Army has been undaunted in its mission to help people in the region.

The Salvation Army has had a longstanding presence in Ukraine and neighboring countries, and its officers immediately jumped into action to provide food, clothes and blankets, along with hope and emotional and spiritual care to those seeking refuge from the horrors of this war.

“Like people around the world, I have watched with horror and sadness at the destruction being wrought on the proud and independent nation of Ukraine,” said Lt. Col. Larry Ashcraft, Divisional Commander for The Salvation Army Eastern Pennsylvania and Delaware Division. “But I’ve also been inspired by the way so many others are stepping up to help their brothers and sisters in need. This includes The Salvation Army, whose officers in Ukraine and the surrounding countries are working tirelessly to care for others and to show that love transcends war and that hope has no borders.”

Personnel from The Salvation Army are on the ground in Ukraine, Romania, Moldova, Poland, Slovakia, the Czech Republic and Russia, providing food, hygiene and even Wi-Fi access. They’re also helping people deal with the emotional and spiritual aftermath of having to flee their homes. 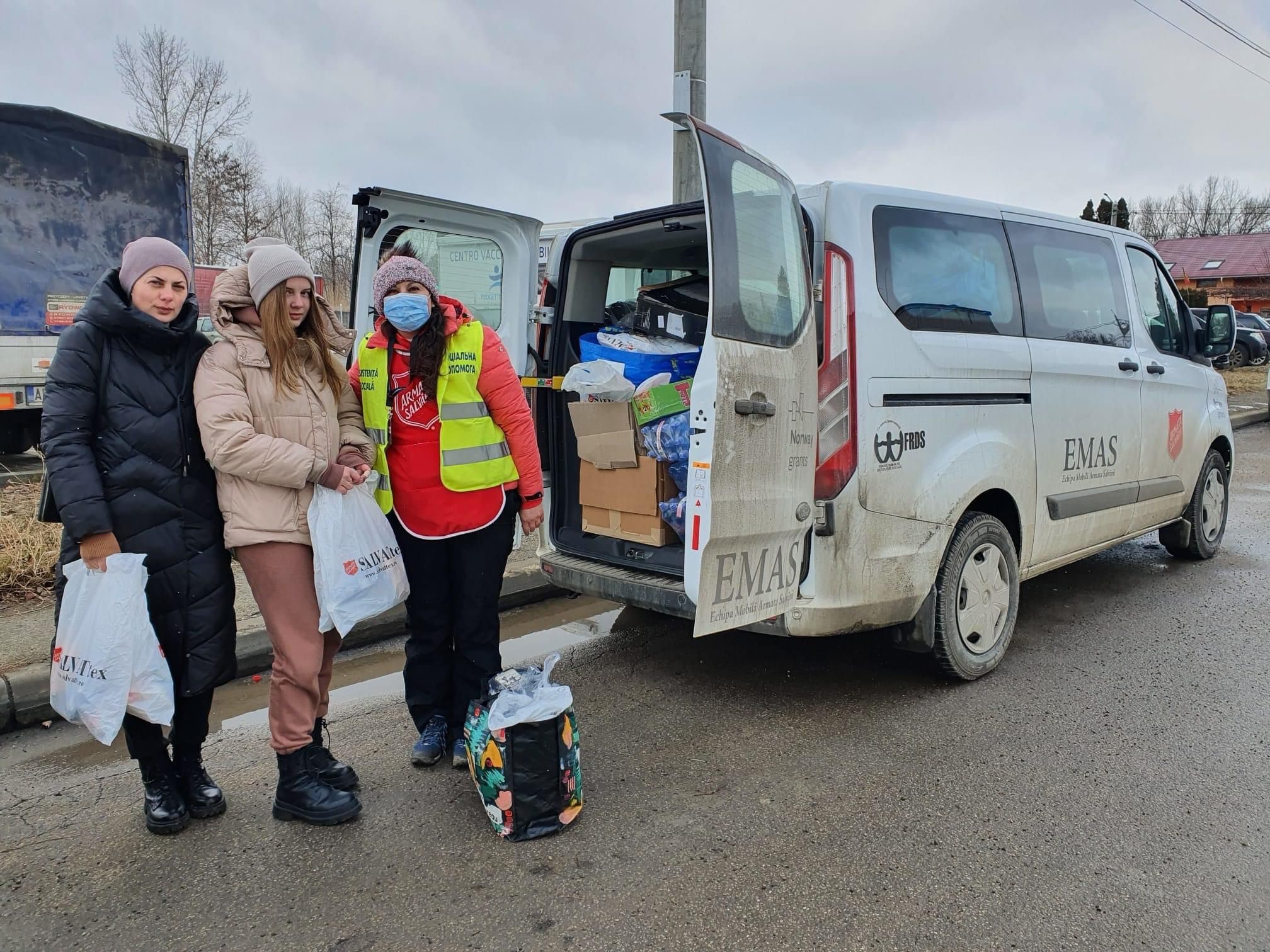 “Today it's very dangerous to serve in Ukraine," said Major Galina Drozdovschi, Divisional Director for women's ministries for The Salvation Army Ukraine. “Military action, risks, and danger – this is our reality, this is not a shooting game for us. If we talk about needs, there are a lot of them now.

“There are eight Salvation Army churches in Ukraine now and all of them are actively involved in… meeting the physical, emotional, and spiritual needs of refugees. We have more than 20 people every day in this [Kyiv] shelter in need of healing and hope.”

The $1 million donation “made possible by the ongoing donations from everyday Americans, symbolizes the generosity of the world and the hope we all have for the people impacted by this conflict,” Commissioner Hodder said. “But the need will be much greater than this one gift can provide for, and so we ask for the continued support of everyone watching this crisis unfold.”

To learn more about The Salvation Army’s continued response during the crisis in Ukraine, visit https://salarmy.us/ukraine.

To make a financial gift in support of ongoing relief efforts, Americans can: