Young Child in Berwick Gives to the Poor This Christmas

Parker Ryman put three things at the top of his Christmas list.

He wanted an iPad.

He wanted an iPhone.

And he wanted to clothe the poor.

"I said, well, you're not getting an iPad," his mother, Mandy Ryman, said of her nine-year-old son. "Not getting an iPhone. I can help trying to get this clothes-for-the-needy thing." 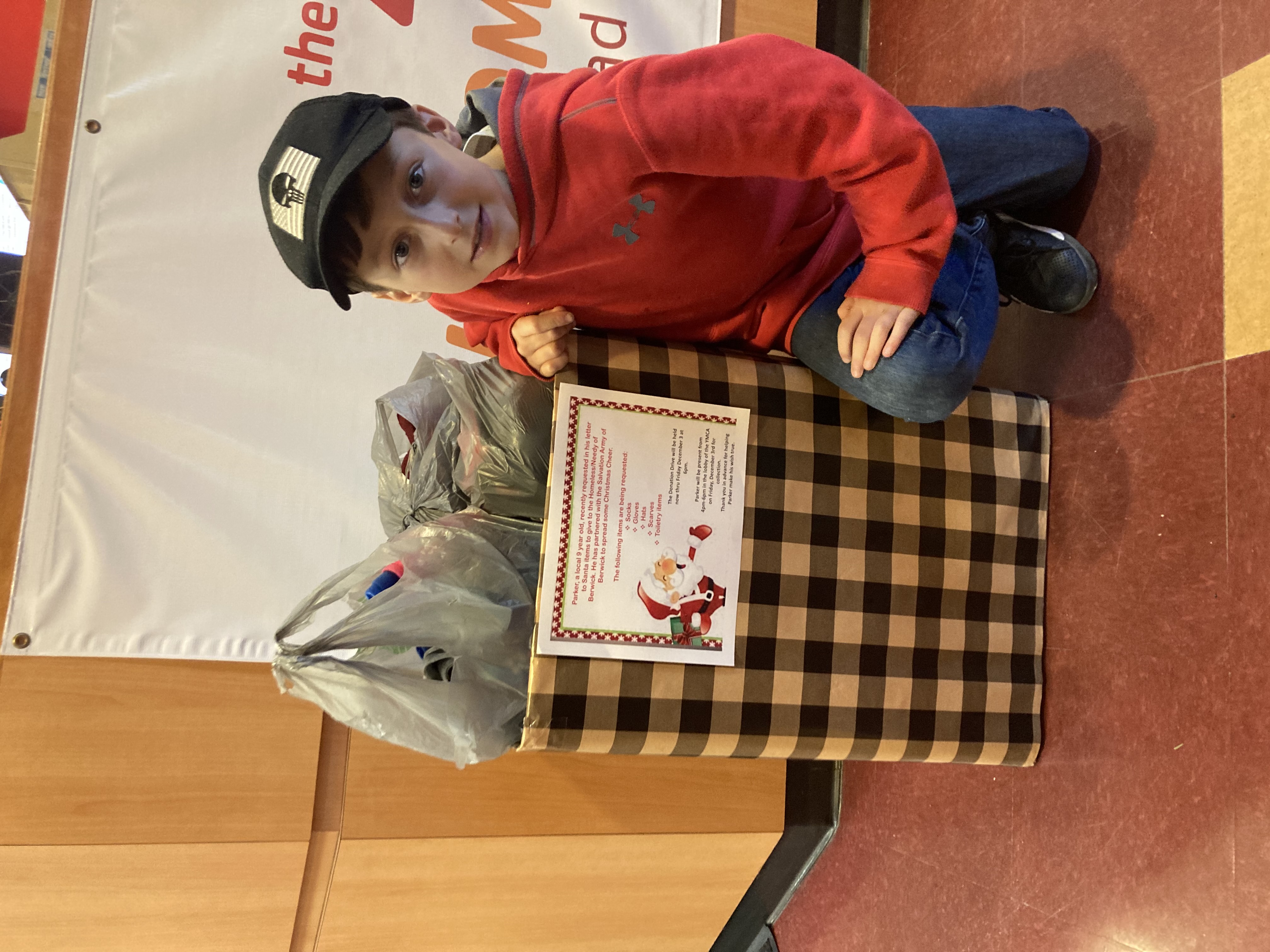 And with that, one of The Salvation Army’s more inspirational Christmas stories was born. With the help of his mother, her co-workers, and a few of his young friends and The Salvation Army Berwick Corps, Parker Ryman began a clothing drive, distributing clothing boxes and soliciting donations in his native Berwick, Pa. In one week, they collected over 50 pairs of gloves and 75 pairs of socks along with other pieces of clothing that were then offered during The Salvation Army’s community meal distribution. More importantly perhaps, a few of Parker’s peers asked if they could get involved.

"Parker has never gone without," said his mother. "He is catered to, as well as my daughter, but she is only six.  My son had a huge entitlement issue. And I wanted him to learn what Christmas really was about."

So she started easy, bringing him along as a 7-year-old to the soup kitchen she serves as part of her volunteerism with The Salvation Army Berwick Corps. When Covid-19 hit, that gig dissipated, but the seed had been sown. Parker befriended a few of the regulars, particularly an older man he sorted cans with, and couldn’t seem to stop talking about him. "Ever since then, Parker has been devoted to helping the needy," she said. "He takes pride in this stuff and I love seeing a smile on his face. He feels like he's doing something good. I mean, this was his idea."

Said Parker, "My heart said that it would be really nice to do this for other people that needed clothes and stuff. So I just said I would put it on my Christmas list."

"Parker is a very giving child," Mandy said. "He gives his stuff away. We have to be very mindful of what he's doing and what he has, because it's nothing for him to even take the money that he has on him and be like, 'OK, well you have this money, you need this money.' He's a little kid with a big heart."

That altruism has been contagious. "One person came to my school and just said, 'Here's some clothes for your drive," said Parker. "One of my friends from my football team said he was going to try to help me do this."

That, said his mother, is the big picture she hopes appears from Parker’s initial gesture.  What started as a life lesson becomes a beacon for his peers, and for the community, creating additional volunteerism and generosity.

"First, I wanted to show Parker that if he puts his mind to something, he can do magic," Mandy said. "He can spread that magic to others, help people, feel even better about himself. I think it's a chain reaction. You see something and you want to be part of that. You want to get involved. I think my son has some good peers and I think that when they see him doing this or hear of him doing this, hear him talking, etc., they're going to have to ask if they can participate too."