What Does Love Do? 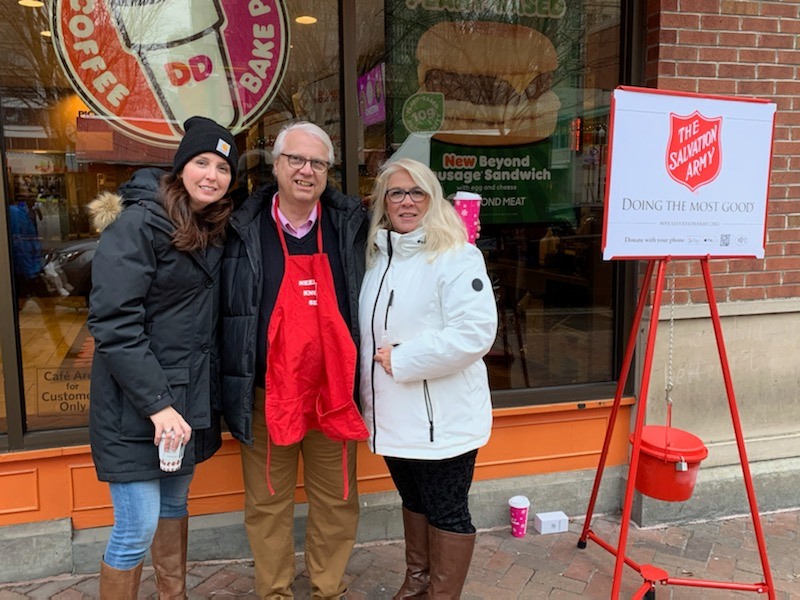 What does love do?

When Red Kettle Campaign volunteer and Salvation Army Greater Pittsburgh Advisory Board Secretary Bob Allen set up to ring the bell and fundraise in downtown Pittsburgh this past holiday season, he found he wasn’t alone in asking people to give of their hearts and hard-earned money. He was concerned about a homeless man nearby.

It does not dishonor others, it is not self-seeking

But Bob wasn’t worried that passersby would contribute to the homeless man’s cup and not the Salvation Army kettle; quite the contrary, he was worried the man might see The Salvation Army fundraising mission as competition to his needs and feel compelled to relocate.

It does not envy, it does not boast, it is not proud.

Instead, the homeless man walked over and donated $0.20 from his own collection to the red kettle.

At lunchtime, Bob went into the nearby restaurant to buy the homeless man a sandwich and a water. Then he decided to purchase four sandwiches for him, enough for several meals. “He was surprised and grateful,” Bob says.

A little later, Bob witnessed the homeless man give one of the sandwiches to another homeless woman walking by. She gently touched him on the shoulder in thanks.

When Bob started packing up the red kettle and stand at the end of the day, the homeless man had one last gesture of love – he donated again, a $1.00 from his cup into the red kettle slot, with a quiet “God Bless.” Then, Bob says, “He simply smiled and walked away.”

Through your support of The Salvation Army,

Love does the most good.  Happy Valentine’s Day.