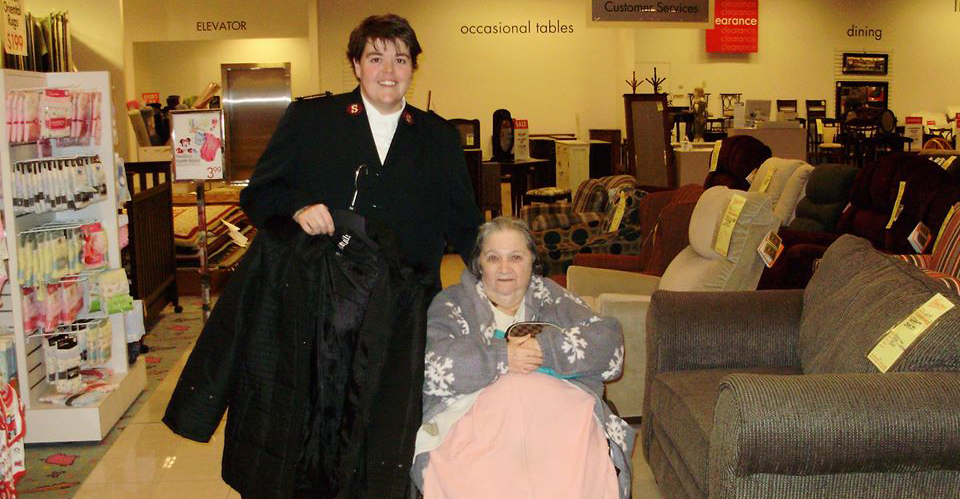 Growing up, Major Laura Duesenberry and her sister faced the emotional and financial toll that sometimes comes with the aftermath of divorce.

The Salvation Army became their safe place and refuge.

“No child ever says they want to grow up on welfare,” Major Laura said. “Children stuck in the cycle of poverty have their own dreams, and sometimes those dreams fade away as a result of their family’s financial struggles.”

Major Laura knows from her personal childhood experience that God uses The Salvation Army to change that – and to make sure those dreams are fulfilled.

“For us to have a safe place to go for activities, to have our church family and the support of the Corps officers – it was our safe place,” Major Laura said.

Commanding Officer of The Salvation Army Oil City Worship and Service Center, Major Laura’s parents divorced when she and her sister were young girls. Her mother struggled financially, and eventually the electric was turned off. On public assistance with not enough money to pay the bills, the family temporarily moved in with friends – where there was a Salvation Army located on the corner.

“My sister and I were around 11 and 12 years old at the time, so we started going to Sunday school there. When we were able to get home, we didn’t have a car, but The Salvation Army van came to pick us up so we could participate in their programs and continue attending Sunday school,” she said.

Soon, their mother joined the girls in attending The Salvation Army for church on Sundays, eventually deepening her involvement by volunteering as a van driver for Kettle workers and transporting people to and from programs.

“When my sister and I got old enough, my mom started looking for work and she struggled because she had not been employed for a very long time,” Major Laura said. “Finally, she applied to be a bus driver with Beaver County Transit. Because of her volunteer work and experience, it opened the door for her to get this job – and that is the job she retired from two years ago.”

The cycle of poverty was broken – and the girls could now see that their dreams were possible. Major Laura received her education degree from Geneva College, and her sister completed culinary school. The two benefited from many Salvation Army programs, including Camp Allegheny, project Bundle-Up, Angel Tree, after school programs, and so much more.

“It was because of the Army’s influence – it was the vehicle that God used to redirect the course of life for us,” Major Laura said. “The odds were against us. My sister and I could have gotten caught up in the cycle of poverty, but God used The Salvation Army to make a difference.”

Throughout her life, God laid it on her heart to continue her involvement, eventually leading her to become an officer. As she continues her own work to change lives – just as the way her own life was changed by The Salvation Army, she also highlights the gratitude felt for our donors.

“I always see donors as the Army behind the Army. The Salvation Army is the vehicle, and our donors are the fuel for the vehicle that changes lives,” Major Laura said. “Our donors play a key role in helping the Army to fulfil its mission in giving not just a hand-out – but a hand up.”