The Salvation Army Responds to Hurricanes in Puerto Rico and Florida 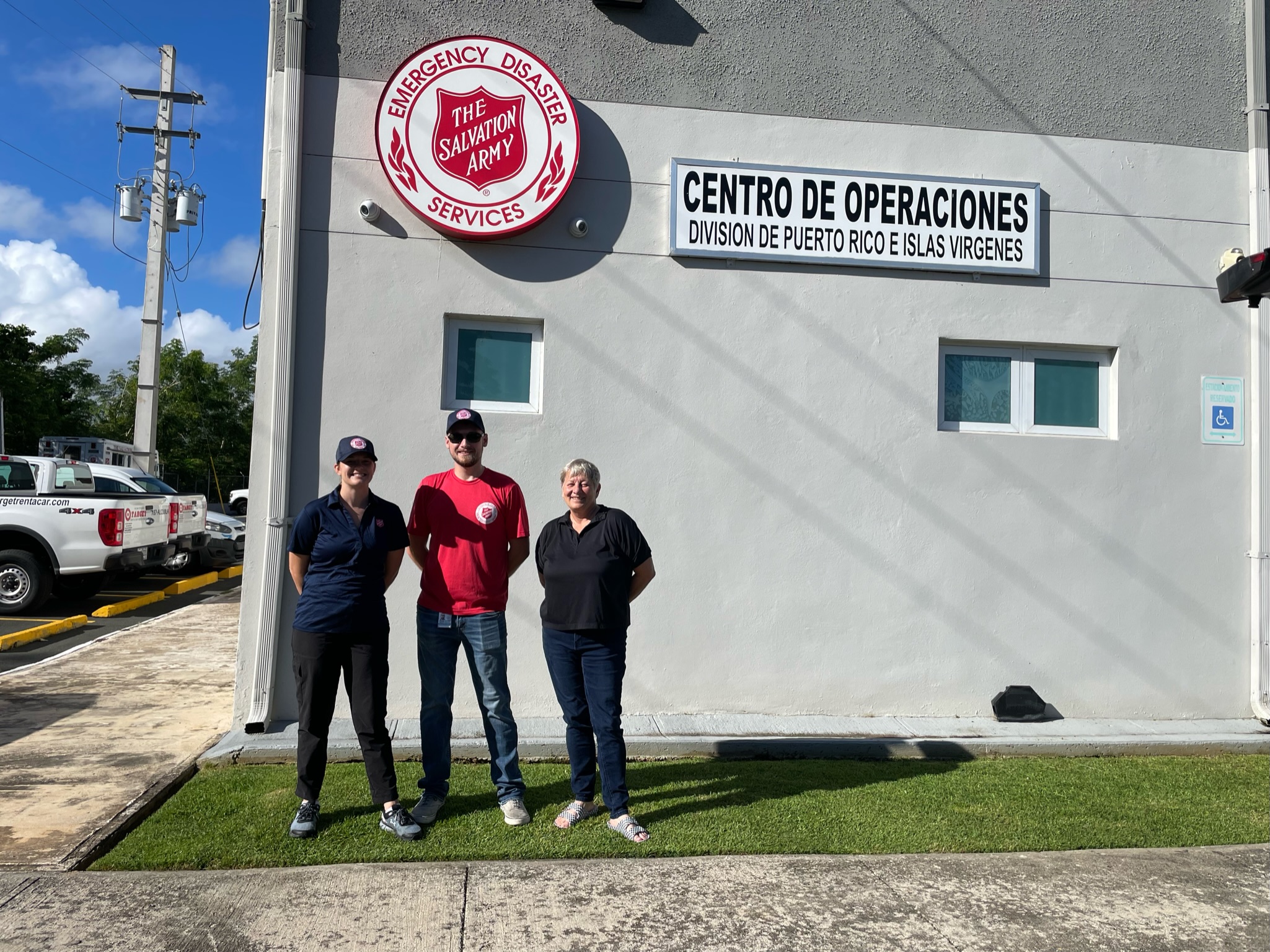 PITTSBURGH, Pa. (November 8, 2022) - Our neighbors in Puerto Rico suffered significant damage from Hurricane Fiona, which made landfall on Saturday, September 17, 2022. The island was impacted by flooding, electrical outages and access issues. The Salvation Army met immediate needs for Hurricane Fiona survivors and first responders in Puerto Rico through feeding, sheltering, charging stations, clean-up support, emotional and spiritual care, as well as other services as widespread power outages and flooding continued to impact the area.

Leaders and volunteers with the Western Pennsylvania Emergency Disaster Services (EDS) team were deployed to Puerto Rico to volunteer in helping those impacted. Over the course of a few weeks, Dean Hannah, EDS Director, Heather Martin, Deputy Director of Operations, and Adam Kitta, Assistant Director, were all deployed in response to Hurricane Fiona. Martin served in the first Chief Operations role for that response, Kitta took over the role as Martin left to report back to the EDS office here at home, and Dean Hannah was the second Incident Commander for the response.

“[It was] a valuable learning experience both personally and professionally,” Adam Kitta said. “Offering assistance to the resilient people put into a broader picture of what we do here with EDS and was extremely humbling to just be able to serve those who need it most. Additionally, I was able to learn a lot operationally about how all the pieces of the puzzle come together to assist those in need and what goes into the operation. I was also able to establish connections with others from within the organization, but not necessarily from our area, and that is also something that I have been very grateful for.”

“I was in the first shift of EDS deployments to arrive in Puerto Rico. I arrived in San Juan Airport and was surprised by how normal things felt, even saw people who were obviously vacationing,” Heather Martin said. “I did not understand the true need until we started driving through the island to look for ourselves where most of the damage was. On that drive, I found that most of the intersection lights were out, most businesses were not open or running on a generator for power, roads were completely washed away and large gatherings were around water stations. During my 17-day deployment, I helped feed over 100,000 people either fresh meals, made in our kitchen or shelf-stable meals, provided clean water for every region on the island, and made and distributed over 600 pantry boxes and hygiene kits. I will never forget the stories that came back to me every night and how grateful the people of Puerto Rico were to have us there to supply these necessities.”

Hurricane Ian made landfall on Florida’s west coast on September 23, with relentless rain and winds approaching 150 mph (240 kph), just a few miles-per-hour shy of putting it into the most severe type of Category 5 designation. Hurricane Ian was one of the deadliest hurricanes to strike the state of Florida since the 1935 Labor Day hurricane, causing widespread damage across western Cuba and the southeast United States. Western Pennsylvania’s Captain Jason Imhoff, from Washington Salvation Army Corps, was deployed to Florida in response to Hurricane Ian as part of the Emotional and Spiritual Care (ESC) team to assist the affected individuals and helpers at the scene.

In times of disaster, The Salvation Army serves the whole person – physically, emotionally and spiritually. With a presence in every ZIP code, The Salvation Army is uniquely positioned to meet the human need at a local level. For more information about how you can get involved, email heather.martin@use.salvation.org or visit salvationarmywpa.org.